Rented rooms for people with imagination, in an unimaginable place! On Kassos Island, in the Dodecanese, which is located in the southernmost region of the Eastern Aegean! We are looking forward to welcoming you! …Don’t miss the chance!

Our hotel was built in 2002 as subsidized European Union programs for rural tourism. It has 6 rooms, 2 downstairs and 4 upstairs. Downstairs there is also the reception area, where the breakfast is served daily.

Kassos is located in the southernmost region of the Eastern Aegean and our country (between Crete and Karpathos). To its north it is lapped by the Aegean Sea and to the south by the Libyan Sea. The island has strong naval traditions. There are about 1000 permanent residents on the island.

The Kassos coastline has a great variety of beaches to suit all requirements, organised or isolated, large and small – some rocky, others sandy or pebbled. Kassos is connected with Karpathos, Diafani, Rhodes, Sitia, Iraklio, Anafi, Santorini, Milos and Piraeus by ship and by plane with Karpathos, Rhodes and Athens. If you want to visit Kassos in summer period, it is better to book tickets in time, for practical and economic reasons. 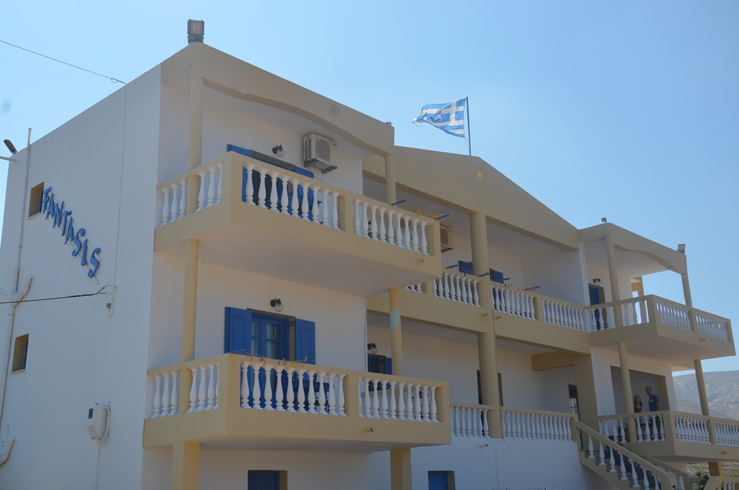 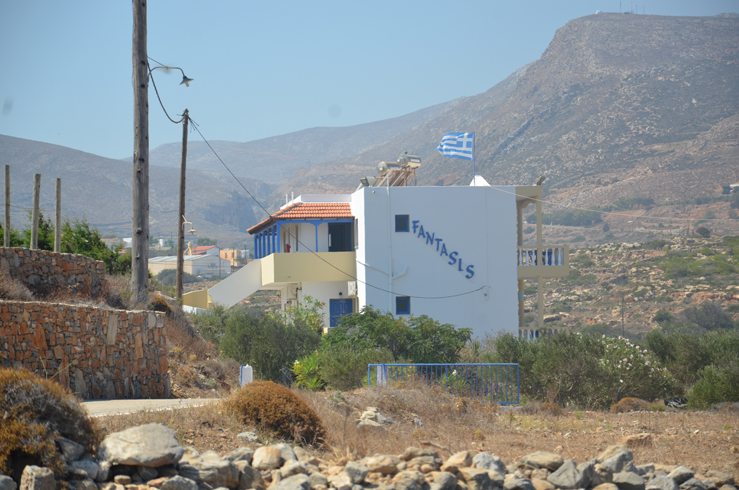 As with all the Dodecanese islands, Kassos has a significant history. According to archaeological finds in Ellinokamara Cave, Kassos has been inhabited since prehistoric times. In ancient times the island developed in trade and the sea. It participated in the war against Troy (referred in the Homer’s Iliad) while during classic times it belonged to the Athenaeum Partnership. Kassos followed the same fate as the other Dodecanese islands. It knew many conquerors, catastrophes and Roman, Byzantine and Venetian domination of the island. The residents of Kassos took part in the Revolution of 1821 and, as the naval force of that time, offered their fleet to the war effort. The worst page in the island’s history was written then. On 7th of June 1824, the Turks burnt Kassos to the ground and killed the island population. Only a few managed to escape this tremendous holocaust. It was these people and some emigrants that built the island once again. Every year on the anniversary of “Holocaust”, events are organized in remembrance of it. In 1912 Kassos came under Italian control. Incorporation of Kassos with Greece was in 1948, along with the rest of the Dodecanese islands.

Ellinokamara Cave lies southwest of Agia Marina village 15 minutes by foot along a path. The cave was used as a shelter by locals during times of pirate attacks. Pottery from various periods was found here including the Mycenean period. It seems it was a place of worship from the Mycenean to the Hellenistic period.

Recently the old City Hall in Fri has been renovated and a specifically designed area now accommodates the interesting exhibits from antiquity and the period of revolution of 1821. The archaeological collection of Kassos includes discoveries from the entire island. Nevertheless, in particular some ancient currencies from the Cavern Ellinokamaras are looked after in the archaeological museum of Chania, in Crete.

The island is renowned for its numerous festivals, which take place in the church halls and the church courtyards all year round, in honour of the saints. They are considered a big event and gather all the inhabitants of the island as well as its visitors. Local dances, tunes and songs accompanied by the sound of the traditional Lyre and “Laouto” and the supply of free local food, sweets and wine, make the celebrations of Kassos both unique and popular. A unique period is the big festival of Pera Panagia on the 15th August. During this festival many old customs are kept alive. For centuries, festivals, weddings and celebrations have been taking place with same traditions. Traditional foods from Kassos which have been prepared for all those celebrating are brought out to the sounds of the traditional Lyre of the Aegean and the “Laouto”, the steps of the “Sousta” and the “Zervos” and to the improvised songs and poems. The feasts of Kassos have a promiment local character as both the music and dancing are performed by local musicians and dancers. In addition the Municipality of Kassos organizes a yearly three-day event of festivities for the anniversary of the “Holocaust” of Kassos (7th June 1824).

Breakfast with fresh, traditional products, fridge, television and air conditioning in each room, free parking area and free Wi-Fi internet connection, are some of the services which are offered to our hotel. You can admire the amazing view of the sea from the rooms’ balconies, which will definitely fascinate you. It’s worth to mention the calmness and relaxation that you can find to our hotel, thanks to the site which is located. In addition, cleanliness of our hotel and our politeness will impress you. If you are looking for these, we are your choice! 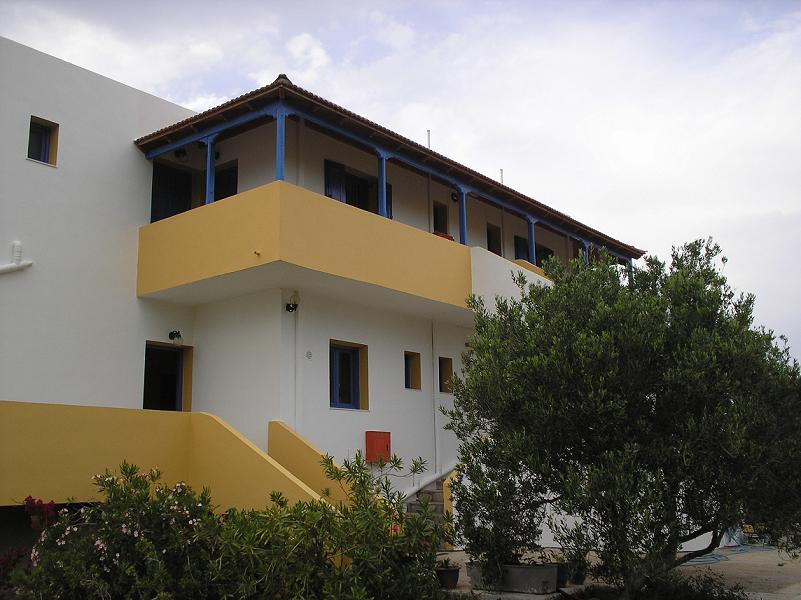 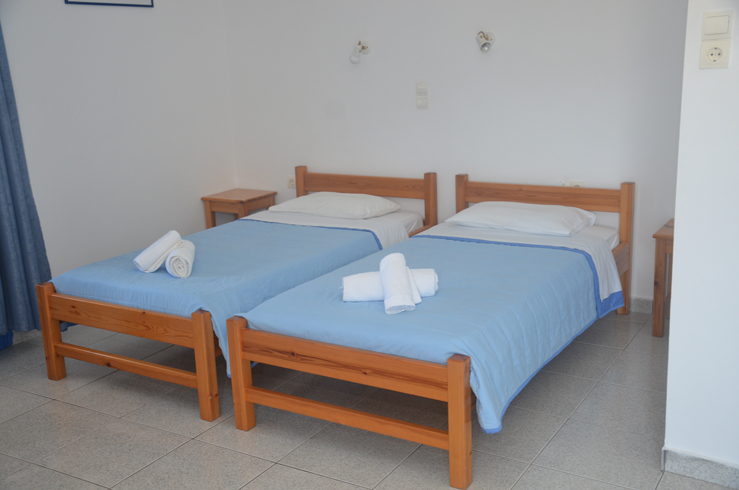 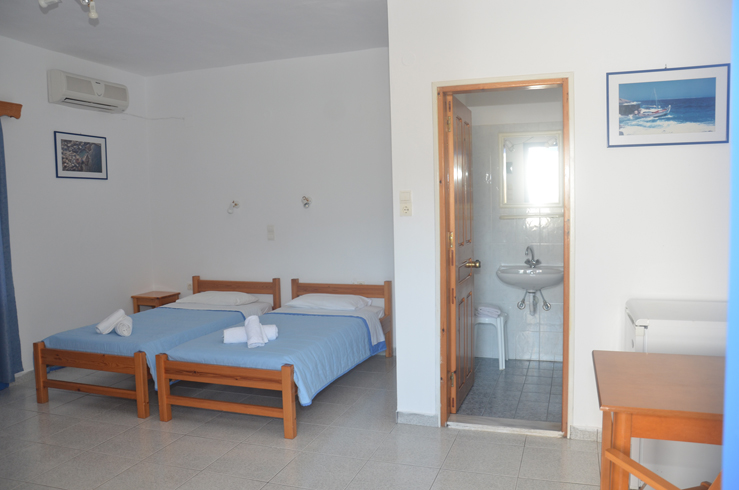 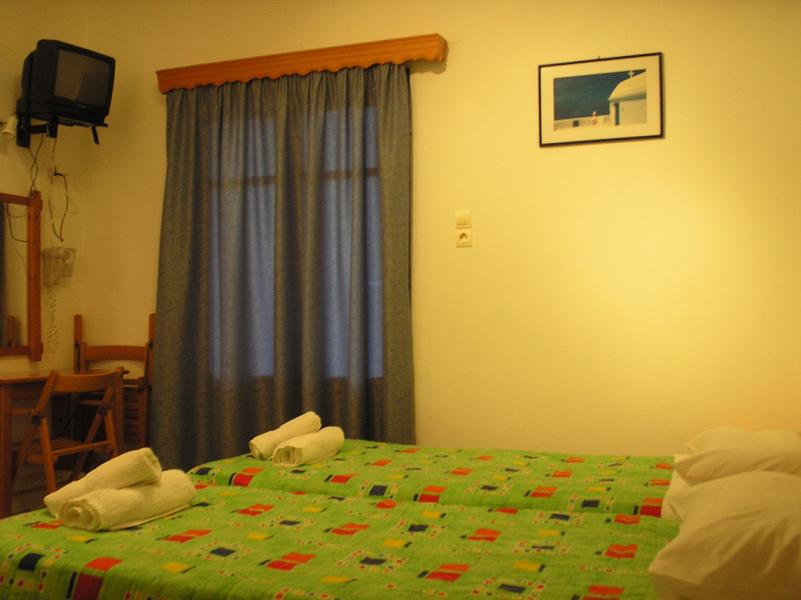 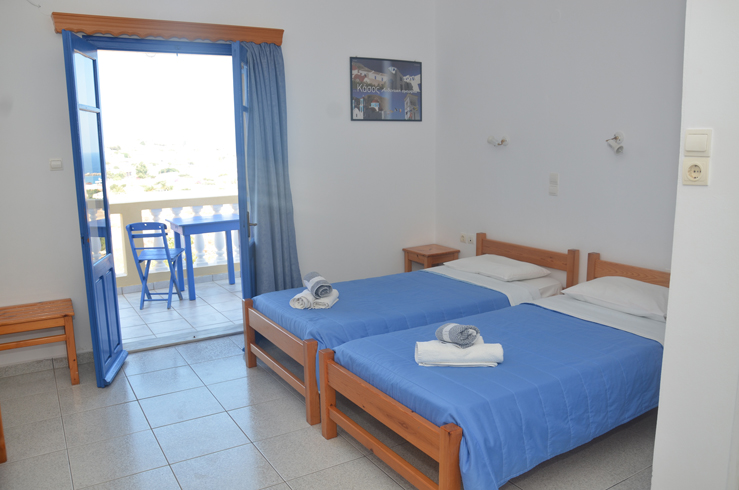 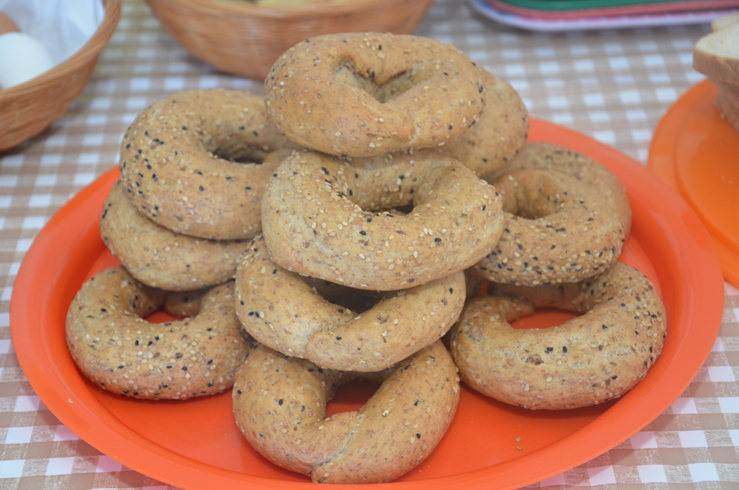 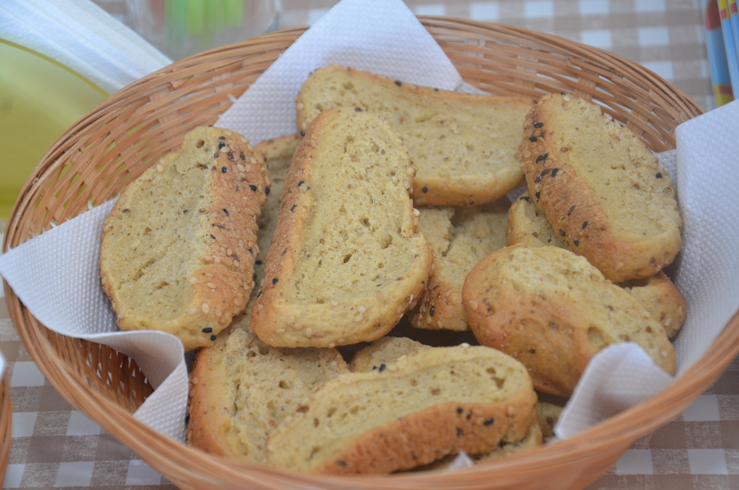 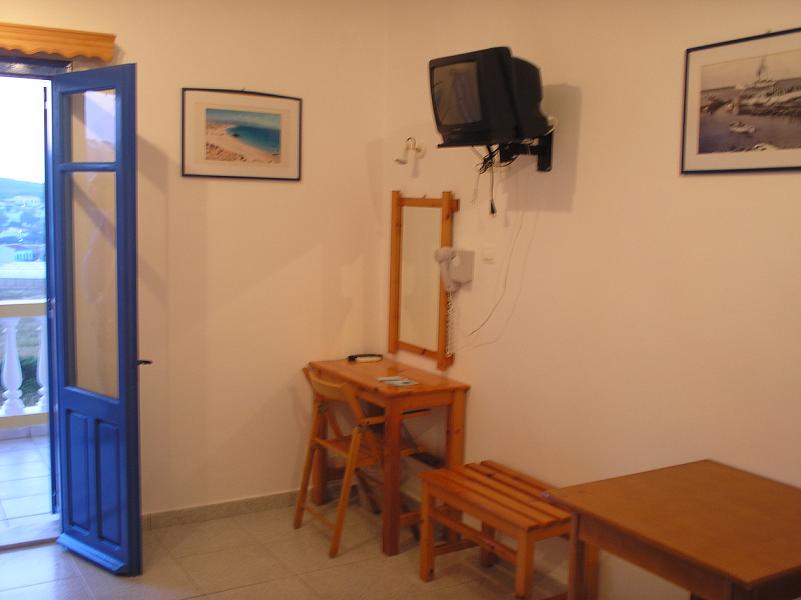 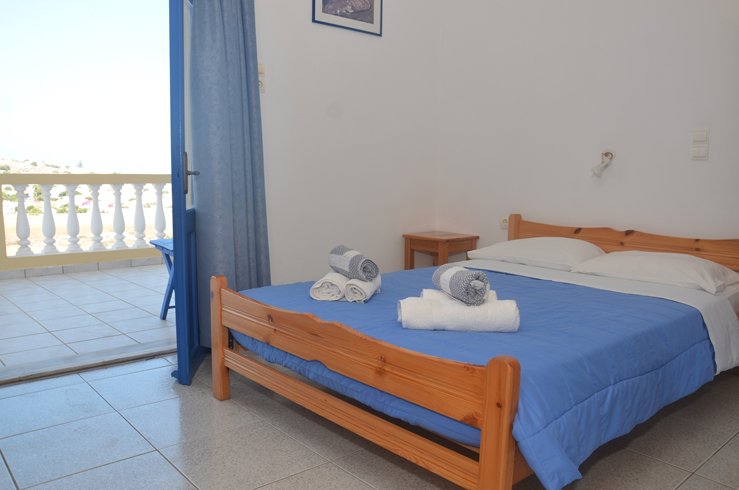 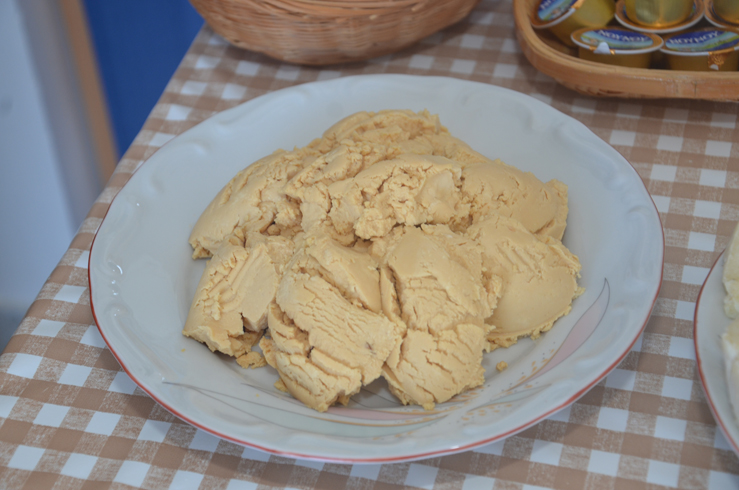 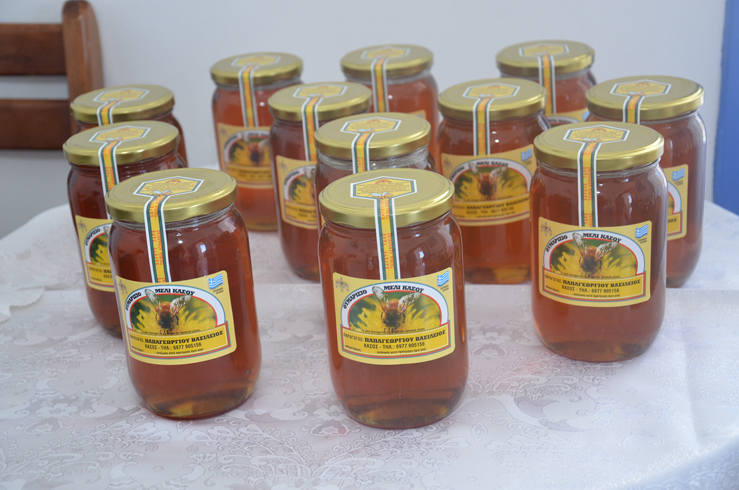 Should you want to make a reservation please call us or send your email to info@fantasis-hotel.gr